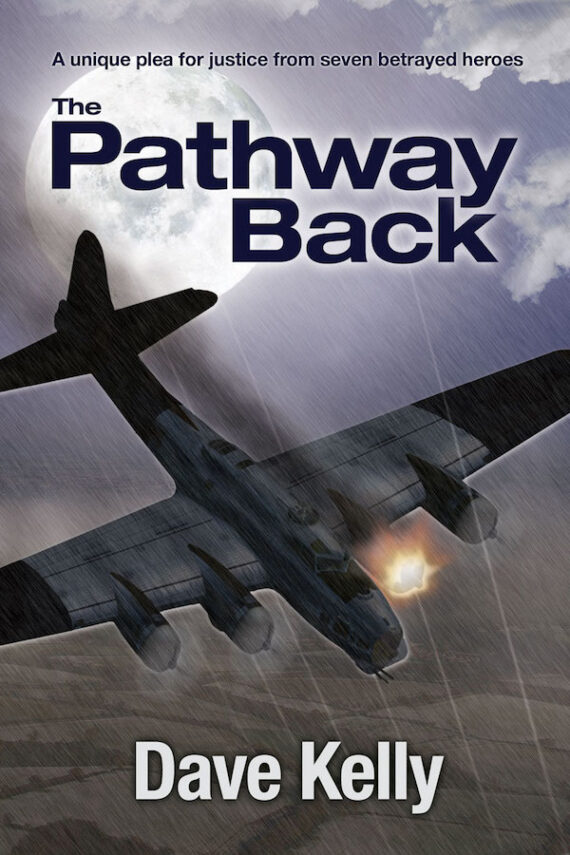 The Pathway Back – Signed Copy

A unique plea for justice from seven betrayed heroes.
Signed copies are available for a limited time only and include a personal dedication from the author.

The Pathway Back is an extraordinary book that has come into existence in a very extraordinary way. A polished, dramatic, multiple-voiced narrative, it has been written by Norfolk builder Dave Kelly via ‘internal dictation’, or ‘channeling’.

The story told in The Pathway Back has come through over a period of six years from seven young and furious American World War 2 airmen, who died violently in action at the hands of their own side. With barely concealed anger, the narrative tells a compelling and detailed story of their secret training and their ultimate terrible betrayal by the American and British allies after preparing undercover in Norfolk for the most top secret mission of World War 2 – the attempt to assassinate Hitler and his deputy Admiral Doenitz inside Germany.

If the mission had been successfully executed, it could have changed history, shortening the war by 18 months and saving countless lives.

74 years after this alleged tragic accident, Dave Kelly, who works with the paranormal in his spare time, presents this detailed story in the haunting, moving and often beautifully written words of the seven American crewmen, as well as others.

Significant corroboration of the story has been obtained from local USAAF historical records in East Anglia and in the United States. Whether or not every last detail of the story is true, readers must judge for themselves.

Signed copies are available for a limited time only and include a personal dedication from the author.

There are no reviews yet.

A unique plea for justice from seven betrayed heroes.

Manage Cookie Consent
To provide the best experiences, we use technologies like cookies to store and/or access device information. Consenting to these technologies will allow us to process data such as browsing behaviour or unique IDs on this site. Not consenting or withdrawing consent, may adversely affect certain features and functions.
Manage options Manage services Manage vendors Read more about these purposes
View preferences
{title} {title} {title}